As the events of the last weeks in Georgia, Minnesota, Louisville, and Toronto and the protests now happening worldwide have brought the issue of anti-Black racism and oppression to the public attention, the Renascent Diversity Committee and Senior Leadership have been discussing the impact on our communities.

Personally, our hearts go out to the family and friends of George Floyd, Regis Korchinski-Paquet, Breonna Taylor, Ahmaud Arbery, and the many more names we know, and those we don’t. We stand with the Black Community, Indigenous Community, and all other oppressed people against systemic racism, state-sanctioned violence, and oppression. We stand with these communities in demanding justice and equality.

At Renascent we help people every day engage in the journey of recovery. This is not a comfortable journey, and individually and collectively we are committed to addressing and confronting difficult, important, and uncomfortable challenges.

Renascent condemns racism, discrimination, and oppression, and is committed to continually improving inclusion and access, as well as looking unflinchingly in the mirror. Below this message is a link to an excellent CBC presentation featuring the author of the recently published book “The Skin We’re In”, that we urge you to view. Renascent, through our Diversity Steering Committee and Senior Leadership, will continue the journey of greater inclusion and diversity.

The original trailer for the 1962 movie, featuring a personal commentary by Jack Lemmon.

Days of Wine and Roses

Days of Wine and Roses, the classic hard-hitting JP Miller play, searingly portrays the pain addiction inflicts on a person, marriage, children, work and friendships. The downward spiral is told from a place of hope — a place of recovery — as our protagonist, Joe Clay, opens the play with his very first share at a 12-step meeting.

This tale of destruction and redemption is familiar to millions of Canadians in active long-term recovery, including the play’s entire cast and director. Renascent, one of Canada’s largest abstinence-based treatment providers, is dedicated to helping men, women and children recover from the family disease of addiction. We are committed to sharing the good news story that recovery is more than possible for anyone who asks for help.

You can make a difference for men and women fighting drug and alcohol addiction in the Toronto area. Join us for a night of exciting theatre and help us help others find the joy of recovery. Your ticket purchases will support our programs that help individuals and families reclaim their lives from addiction.

Tickets are $45 per person; $40 for Renascent alumni, staff, students and seniors; $37.50 per person for groups of 10 or more. They can be purchased securely online here. All funds raised by the Renascent Foundation help families reclaim their lives from alcoholism and drug addiction.

Event sponsorship opportunities are also available. A sponsorship is a terrific way to support our alcohol and drug rehabilitation programs. You can view our sponsorship brochure here. 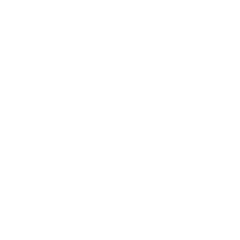 SEAN MCCANN (Ellis Arnesen) is a bonafide Canadian icon, with over 35 years of experience in film, television and theatre. Appearing in more than 150 feature films and countless projects for television, he has worked with Meryl Streep, Sarah Polley, Diane Ladd, Nick Nolte, Nicolas Cage, Kevin Bacon, Richard Gere, Peter Weller and the late Al Waxman … and with legendary directors Sidney Lumet, Ken Russell, Paul Schraeder and David Cronenberg. McCann has won a Gemini Award, a Best Supporting Actor nomination for his role in Night Heat, as well as the prestigious Earle Grey Award celebrating his entire body of work in television.

IAN KILBURN (Joe Clay) is grateful to have had the opportunity to work on such a marvelous play with such a stunning team. Ian is from Calgary, Alberta where he studied theatre at the University of Calgary. He then went on to work as a member of the Resident Company of Artists at Theatre Junction. There he was part of the team that created Little Red River, On the Side of the Road, and Lucy Lost Her Heart. During that time he also joined the cast of Reverie with Ghost River Theatre. Ian is very excited to be back working on the stage and can’t wait to begin collaborating with Jeff and the rest of the cast.

DAVID LUDWIG (Jim Hungerford) has performed extensively in theatre, musicals, opera, film, and television throughout North America. Credits include: Stratford Shakespeare Festival, Canadian National Tour of Phantom of the Opera, US National Tour of Titanic the Musical, Don Quixote in Man of La Mancha, King Arthur in Camelot, Oscar Madison in The Odd Couple, Juror #3 in 12 Angry Men, and Henry Higgins in My Fair Lady. Originally from Michigan, David began his career in opera. Since his arrival in Canada, has performed in Calgary, Regina, Vancouver, Victoria, and numerous venues throughout Ontario.

We are deeply saddened by the passing of Les Talbot, a man who led Renascent for more than 20 years and helped pioneer so many of Renascent’s programs. Les was one of the giants on whose shoulders we at Renascent all stand today.

All who would like to celebrate Les’ life alongside friends and family are welcome to join us at his memorial service:

Les’ obituary can be found here.

An Evening to Inspire Benefit Concert

You can make a difference. Join Renascent for an evening celebrating recovery with East Coast music icons Séan McCann and Pamela Morgan. At the Glenn Gould Studio, Toronto, on Friday, February 20, 2015 at 7:00 pm.

Tickets are $150 per person (reserved seating) or $250 per person (includes VIP Reception and Meet & Greet) and can be purchased securely online here. All funds raised by the Renascent Foundation help families reclaim their lives from alcoholism and drug addiction.

Séan McCann, widely known as a member of internationally renowned band, Great Big Sea, has spent the last 20 years sailing around the world enamouring audiences from Copenhagen to California. Séan decided it was time to leave the comfort of safer waters and set out on his own for a new shore. His new album, and third solo project, entitled Help Your Self was released digitally on January 29th, 2014. Listen to Séan’s frank and inspiring interview on CBC Radio’s “The Current” here.

For 19 years, Pamela Morgan was lead singer, guitarist, and arranger for Canada’s pioneering Celtic band, Newfoundland’s Figgy Duff, who brought the traditional music of Newfoundland to the world stage. Since then, Pamela has been spearheading her own independent record label, Amber Music, producing music for NL’s finest roots artists, including four of her own solo CDs. She continues to write, arrange, produce, and perform in her own highly original and hauntingly beautiful style.

Our host for this evening is actress and producer Ali Liebert. Ali has been nominated for a 2015 Canadian Screen Award for Best Performance by an Actress in a Featured Supporting Role in a Dramatic Program or Series – for her role as Betty McRae in the hit Global TV series Bomb Girls. In 2011 Ali co-founded Sociable Films, a boutique film production company whose first feature film Afterparty won the William F. White Reel Canadian Indie award at the 2014 Canadian Film Fest.

This year Renascent’s own Dr. Vera Tarman hosted Addictions Unplugged, a live and interactive show that tackled questions on all matters relating to addiction and recovery, on Rogers TV. If you’d like to see this great program back for another season, let Rogers know:

Help us keep this valuable community resource on the air.