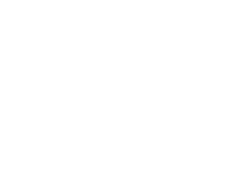 Editor’s Note: This essay first appeared in the November 28, 2013 issue of TGIF. On March 21, 2014 Wayne McArthur, Renascent alumnus and Access Centre Counsellor, passed away. A memorial in celebration of Wayne’s life will be held at Renascent on Saturday, April 26th. Details and condolences are available here.

I will explain that in a moment but first let me tell you a little about myself.

My problem with alcohol was bad – so bad that between 1992 and 2004, I was in four different rehabs.

After three months at Halton Recovery House, I managed to stay sober for a year and a half. I picked up a drink and the next thing I knew I was in a psych ward. Years passed, and by 2004 I was jobless, homeless and friendless. Not even my brother would take a phone call from me.

It was there I decided that I did not want to die a drunk. I knew I needed treatment to get started – again. In November I entered Renascent and completed treatment. My sobriety date is Sept 30, 2004.

In the last two rehabs I discovered that I was self-obsessed, with no concern for other people. It was brutal and fatal, unless I took action. My higher purpose is about as simple as I can make it (which is no small feat for an alcoholic). It is simply to be there and to participate in the human race. Even if I can’t do anything to help, I need to be there if someone needs me. If I am using, I am not there for myself, let alone anyone else. This obviously requires I interact with others. I strongly believe that isolation in its many forms is one of the primary reasons we use and especially why we relapse.

I acknowledge that I am dependent on others for my sobriety. I must be a part of the human race. To do that on an ongoing basis, I must always endeavour to do the right thing.

AA was – and continues to be – my first line of defence against isolation. I know I can be honest and talk about real things in that environment. AA is not the only place where I can relate to others but it was a start. I know I also have people in my life outside of AA. Now I am a part of, not apart from. So now that I am a part of the human race, how do I act and what do I do in this strange arena of the real world?

I believe we can’t think our way into good behaviour but we can behave our way into good thinking. What is good behaviour? It is doing the next right thing regardless of what I may feel like or think. This can be where the second use I make of AA can come in. For me the Steps are sign posts and guides on how to behave as a normal human being. They also act like idiot lights on my dashboard of life. If in a certain situation one of those steps keeps popping into my head, I know I need to look at something I am doing. For example, if I become resentful or angry I need to look at what my part is in this (Step 4) and if I am wrong I need to apologize and try to make it right (Step 10).

After being sober for more than a year, I started volunteering at Renascent.

As time went by and I always showed up and did well at what they gave me, they started offering me paid shifts. I was offered a full time job in 2007. It was to assess people that wanted to attend our treatment program. My job was to interview them and determine if they were a fit for us and, more importantly, if we were a fit for them.

To say I loved it would be the understatement of all time. For the first time in my life, I had a job that was not a job. You see, it was an ideal way for me to live my higher purpose. That way I could be a useful part of the human race.

Everything at my job was going more than well until 2010 when I checked myself into the hospital with crippling stomach pain. Operations (two within a week) found colon cancer which was removed.

No reprieve however. This February I was diagnosed with lung cancer, for which there is no cure (only, hopefully, control).  Since then, I have gone through radiation therapy and three rounds of chemo. I recently started the fourth round. I have had thoughts of, and even discussions about, going back to work. No one knows just how much I miss it. You see, this work is all about my higher purpose.

I can remember the first time I mentioned this higher purpose when I spoke at a meeting. I was surprised at how many people came to me after wanting to know more. This is still my core belief – the concept of others, not you.

Because I have a higher purpose.

Perspective: Something That Transcends Us

Is a higher power necessary in order to recover from alcoholism or addiction?

Twelve Step programs place a lot of importance on finding a higher power to get or to maintain a life free of drugs or alcohol. That has been the case ever since the 12-Steps were first published in 1939 in the book, Alcoholics Anonymous. The second Step talks of “a Power greater than ourselves” that can “restore us to sanity.”

Some of the more non-religious members of AA and other 12-Step fellowships object to the idea of a “Higher Power,” arguing that it is just a placeholder for “God.” Indeed, some of the acronyms for a higher power – Group Of Drunks or Good Orderly Direction – reinforce their suspicion. Certainly a higher power of some sort – which does not have to be a God – can be an invaluable tool in recovery.

My favourite quote about the higher power idea comes from cultural anthropologist, Ernest Becker, who wasn’t even thinking about 12-Step programs when he wrote, in The Denial of Death:

We always rely on something that transcends us, some system of ideas and powers in which we are embedded and which support us. This power is not always obvious. It need not be overtly a god…It can be the power of an all-absorbing activity, a passion, a dedication to a game, a way of life…

I was talking to my good buddy Wayne the other day. He is an alumni and addictions counsellor at Renascent with nine years plus of sobriety. I have a little over three years and we were yattering away passionately about what we need to do, one-day-at-a-time, in order not to pick up again. The most important thing for him, Wayne said, was “getting out of my head.”

That sure rang a bell for me. There is a maze inside my head, sometimes a very dangerous one. I play hide-and-go-seek in there. I run up and down the stairs. I get resentful. I get bitter. I get angry. I dissect all the unfair things in my life. And then – I do it all over again. And there are mirrors, lots of them, inside my head, with little images representing just one thing – me in the past – and many of the images are broken. It is a maze that is all dead-ends.

Got to get out of there.

Isolation and self-obsession kills the addict or alcoholic.

We need a higher power.

So, what might that power be? One suggestion is contained in the last of the 12-Steps: service. What could more quickly get us out of own heads than thinking about other people and their needs? Serving others is a direct way for an isolated and self-absorbed human being to begin restoring some balance, some “sanity,” in his or her life.

My friend Wayne will no doubt tell you that he worked at Renascent first and foremost to maintain his own sobriety. Service gives us something that transcends us and supports and lets us get out of our heads. We have all the choices in the world when it comes to our higher power.

It can be God. It can be service. It can be, as Becker wrote, “an all-absorbing activity, a passion, a dedication to a game, a way of life…”

And, to come back to our question at the beginning, is it necessary in order to recover from alcoholism or addiction?

Two things for sure: First, in my own case, without something to get me out of my head, with its maze and mirrors and inevitable dead ends, I would be at serious risk of going back out again. And second, this “system of ideas or powers” must be of our own understanding for it to deliver that essential reprieve.

And all of that is from the 12-Steps – especially the second Step – which suggests “a Power greater than ourselves” can be a crucial asset in finding a way to “restore us to sanity” and move on from the horrors of alcoholism and addiction.

Video: My Spirituality As An Atheist

There aren’t many words in our language to capture what the essence of “human” is, so I use the word “spirit”…I can only describe it as the action or the ability to see beauty, to feel wonder and to be in awe. But even though I don’t believe in the supernatural, I try to be as honest as I can about my spirituality.