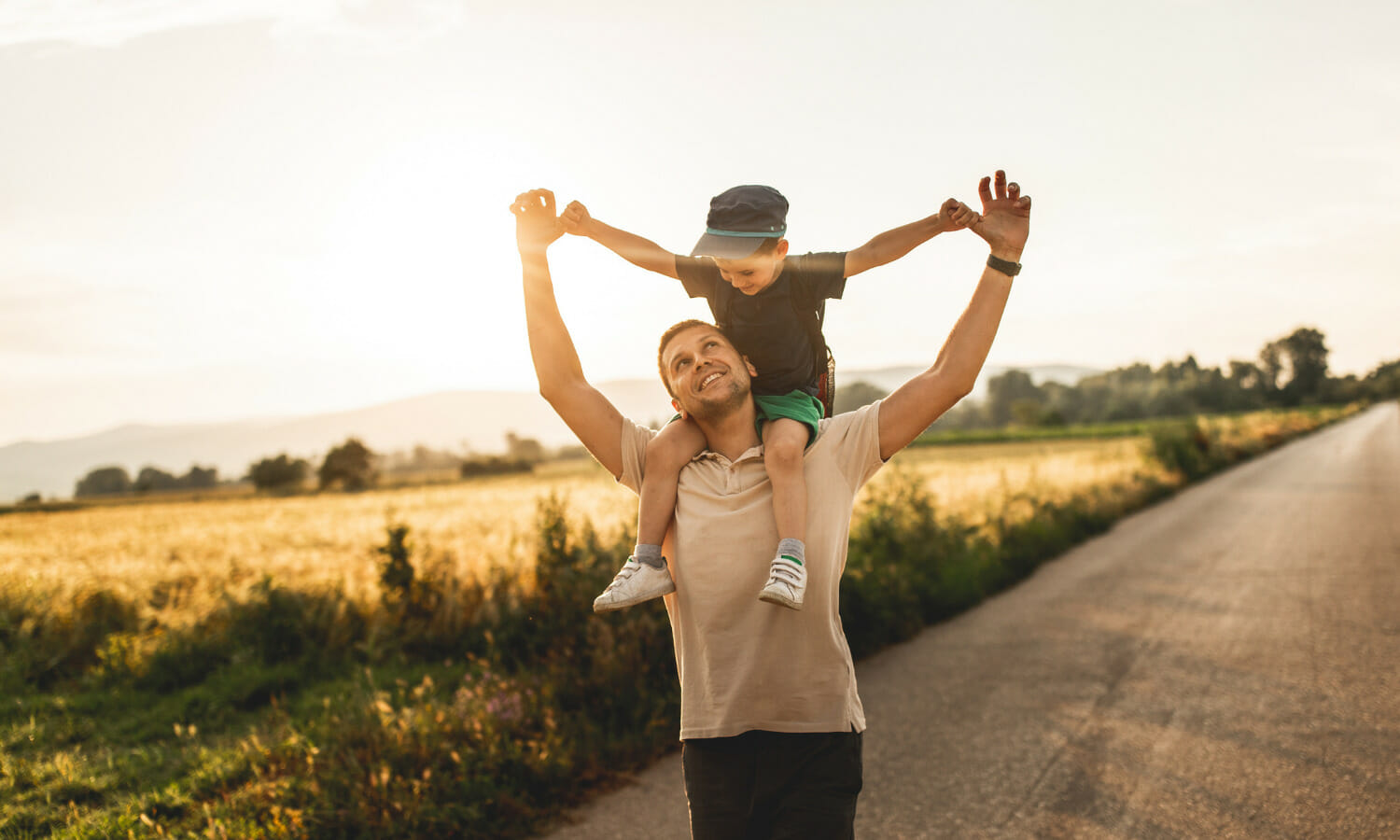 This article is the first in a two-part medical series explaining the underlying biology and brain science of addiction. Portions of this series are excerpted and adapted from the upcoming book Hope Against Hope, authored by Renascent’s Clinical Director, Michael Lochran and consulting Psychotherapist, Laura Cavanagh. Hope Against Hope’s anticipated release is in 2022.

“You don’t have to quit—just don’t drink so much!”

Or use so much, or gamble so much. Whether the issue is alcohol, gambling, cannabis, or another drug, this is the refrain that friends and family will say over and over to their loved one in active addiction.

Their plea stems from an outdated and unproven notion that the addictive pull of alcohol and other drugs is the same for everyone. Under this logic, it follows that those who drink alcohol or use drugs do so due to a failure of will or lack of moral character.

Now we know that this is not the case.

If alcoholics could drink “normally” or if addicts could “use less”, they undoubtedly would, particularly as the negative consequences begin to pile up in their lives. The neurobiological changes (brain and nervous system changes) that characterize addiction mean that some people lose control over their drinking or drug use: the craving and compulsion to consume alcohol or other drugs become overpowering, even in the face of negative consequences. These are the defining features of addiction.

How Can Neuroscience Explain Addiction?

All drugs, whether or not they have a direct effect on the hormone dopamine, affect the dopaminergic system of the brain.

Dopamine is a brain chemical that is involved in reward, incentive, motivation and learning. It is our natural reward system, and instinctive rewards raise our dopamine levels in the same way that addictive drugs do. Food-seeking can raise dopamine activity in key brain areas by 50%. Alcohol and sexual arousal can cause dopamine levels to increase by 100%, while cocaine causes a 300% increase. Meth (crystal meth or methamphetamine), meanwhile, blasts the dopamine system of the brain, causing an astounding 1,200% rise in dopamine levels (Maté, 2008; National Institute for Drug Abuse (NIDA), 2010; Wise, 1996). These figures show why habitual drug users begin to lose interest in natural reinforcers like food or sex.

The dopamine system is crucial to understanding the neurobiology of addiction. Because it is involved in both reward and motivation, activity in this area of our brain translates to an experience of intense pleasure, but also of desire. And here lies the neurological footprint for the fundamental psychology of addiction: craving for more.

Why Is Craving So Important in Understanding Alcohol and Drug Addiction?

The experience of craving—an intense desire to use a drug or engage in a behaviour of concern—is a defining feature of addiction. The altered brain activity within the dopamine system and related areas of the brain account for the intense and overwhelming nature of the phenomenon of craving.

The frontal cortex is the most evolutionarily advanced part of the human brain, the part that differentiates us from other animals. It is responsible for our incredible and sophisticated cognitive, logical, thinking and reasoning power. As the dopamine system’s circuitry begins to malfunction, parts of the frontal cortex receive irregular input, which results in changes to brain function over time.

One part of the cortex that is greatly affected is the orbitofrontal cortex (OFC). The OFC awards meaning or significance to different stimuli. For example, it helps us decide the emotional value of different rewards for things we experience in a process doctors call attribution of salience (Adinoff, 2004; Erickson, 2018). As the input to the OFC from things we see, feel and hear etc. is distorted by the unnaturally high dopamine activity from alcohol or drug use, the OFC gives greater and greater emotional value to the alcohol or drug and lower and lower emotional value to anything else. The experience of craving is extraordinarily powerful because the emotional importance of the drug is greater than anything else in a person’s life.

As salience attribution or emotional importance becomes increasingly skewed, people will begin to neglect more and more of their basic needs. Delayed rewards may become devalued first, unable to compete with the immediate emotional gratification of alcohol or drugs. But over time basic mind and body needs—the drive for emotional connection to others, the need for food, sexual desire—all come to be less important than the desire for alcohol or drugs (Maté, 2008; Volkow et al. 2001). The false need for the addiction comes to outweigh true needs, including biological needs.

Because we are talking about a neural circuit in our brains, what also happens is that the distorted functioning of the OFC feeds back into our dopamine system. Now, just thinking about the addictive drug will cause activation in the frontal cortex (Baeg et al., 2009; Goldstein & Volkow, 2005; Schoenbaum & Shaham, 2007; Volkow et al., 2003) and a resulting rise in dopamine levels intensifies our feelings of craving or desire.

This effect of addiction on our brain is measurable using neuroimaging techniques. In one scientific study, cocaine users and non-addicted participants were shown films with either sexually explicit content, drug-related content, or neutral content (Garavan et al, 2000). Compared to the non-addicted control group of people, the cocaine users showed less activation in areas of the frontal cortex that control emotional processing and craving when they watched the sexually explicit content. And, activation of these same brain areas was higher when cocaine users watched the drug-related film content than it was during the sexual content.

Why Waiting for Rock Bottom Isn’t Always the Answer

The undoing of emotional salience attribution is a complicated matter. One of the most perplexing things about addiction is a person’s continued use of alcohol or drugs in the face of negative consequences.

For example, it is proven that the immediate gratification or ‘hedonic value’ of a drug decreases with chronic use, meaning that a person no longer experiences the same pleasure from the “high” (Haney et al.,1998; Robinson & Berridge, 1998; Tang et al., 2015; Vanyukov, 2012). In the meantime, the negative consequences of addiction—financial, interpersonal, social, occupational, health-related—begin to accumulate.

Generally-speaking, from a behavioural perspective, we will stop engaging in a behaviour once it is no longer pleasurable or when it leads to punishment (negative consequences). And yet this is clearly not the case in addiction; in fact, the point of increasing consequences is often when the progression of use begins to accelerate. What’s worse, the disease becomes more resistant to addiction treatment the further along it is in its progression.

This contributes to the stigma surrounding people with addiction and the pain of those who love them. The common-sense logic is that if consequences are severe enough, people will stop drinking or using drugs. And yet we see over and over again that people with addictions will persist in their drinking or drug use past the point of self-preservation, often with tragic consequences.

And while it might seem easy to conclude that people with addictions don’t want help or that they are choosing their addiction over everything else in their life, neurobiology shows us that actually it’s not a choice. The persistence is a result of the altered brain circuitry in the disease of addiction.

Remember, the OFC in our frontal cortex controls this paradoxical behaviour. The emotional salience or value of a stimulus is not easy to re-assign, even when the stimulus no longer provides a pleasurable experience to the person with the addiction: the emotional salience of drinking or drugs holds despite very real negative consequences (Grant, Contoreggi, & London, 2000; Menier, Bachevalier, & Miskin, 1997; Volkow et al., 2001).

If they could, they almost certainly would.

The problem, as described above, is that once the neurocircuitry of addiction is wired into the brain, they can’t. One important aspect of loss of control is over consumption: a person will consume more or for a longer period than they had intended.

This has a neurobiological underpinning. Exposure to the addictive substance raises activity levels throughout the dopamine system, especially in the ventral tegmental area (VTA) and nucleus accumbens. This turns on our pleasure circuitry but also our desire circuitry, leaving a person with a craving for more as soon as any amount of the alcohol or drug is present in their body.

More than any other factor, such as stress or the presence of other drug cues, a single dose of the addictive drug is the best predictor of triggering a spiralling pattern of use (Adinoff, 2004; Self & Nestler, 1998; Shaham et al., 2003). It appears that chronic use leaves the brain circuitry over-reactive to the effect of the drug, turning on an intense desire for more upon use. This is separate from the intoxicating effect of a drug, which is actually diminished over time as the user builds tolerance. The incentive/reward system’s craving is activated independently of gratification. Once again, this research confirms an oft-described phenomenon from those with lived experience in addiction: “Once I start, I can’t stop”.

In another study, scientists bred genetically modified mice to have malfunctioning VTAs. Here, they found that a mouse with a damaged VTA does not receive the “stop” signals that would normally cause it to discontinue eating (Morton et al., 2009). The genetically altered mice lose the ability to make choices in their eating behaviour in the same way that people with addiction lose decision-making control over consumption of alcohol or their drugs of choice. If the mice’s experience of food consumption in any way resembles how people experience drug and alcohol addiction, the animals are likely not getting any pleasure from eating, but still cannot exercise the voluntary control to stop.

Why Choose Renascent for Addiction Treatment and Addiction Help?

Renascent is an ‘evidence-informed’ addiction treatment centre. This means we follow the best science. We don’t promise clients that they can learn to control their drinking or drug use, because neuroscience shows us that is not possible.

Instead, we help clients to choose recovery and to build a life free from alcohol or drugs. Not all treatment programs believe that this is possible for people once they are addicted to alcohol or other drugs. But we know that it is because we’ve seen it happen over and over for our clients for more than 50 years.

When you choose Renascent—whether for yourself, your loved one, your employee, family member, or friend—you are choosing a team that believes in your complete recovery and your possibility for a life that optimizes your full potential.

Using proven, trusted techniques and methods, we give our clients the tools to build the life that they really want.

Your road to recovery starts here.

Talk to someone who’s been where you are. Get help today.

Call Us
Message Us