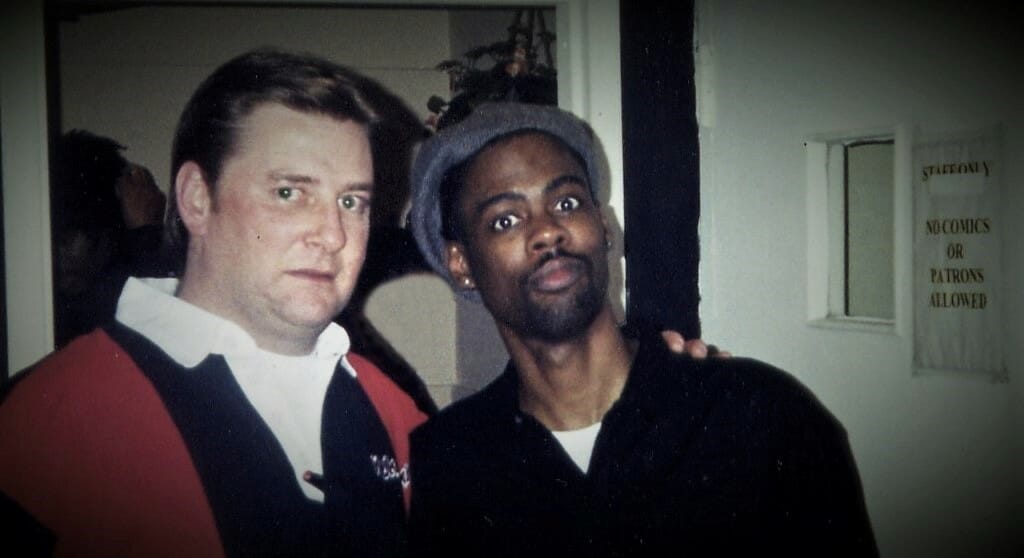 Steve Holt has always been gifted with a sense of humour. His ability to make friends and disarm his critics has always made him popular amongst his peers. Humor was one of the many coping mechanisms that he came to rely upon in a long career as an onset paramedic in the film industry and stand-up comedy. Now in recovery for 15 years, his gift has found a new direction.  Steve is using his talents and leveraging his contacts to support Renascent Laughs: Laugh Together, Recover Together.

Renascent Laughs holds a special place in Steve’s heart. Now in its third year, the comedy fundraising event was started to support access to addiction treatment for those who desperately need it. Steve was first approached by colleague Cynthia Langill, Renascent Addictions Counsellor and Registered Psychotherapist, who hoped to involve him in the work of the Committee.  Steve leapt at the chance. He saw an opportunity to bring laughter and recovery together in an impactful way.

“The opposite of addiction is connection and comedy connects people in a way that doesn’t require an uncomfortable intimacy,” says Steve. “If I can share a joke that we can all commonly laugh at, then we can bond. That’s the beauty of stand-up comedy! You can host a comedy show and within a few minutes you can connect people with laughter, regardless of their income, nationality, politics, ethnicity, sexuality or history.”

Steve’s relationship with comedy has changed over the years. First used as a defense mechanism when as an adolescent he found himself in awkward situations. Now, he employs it in healing.  Steve uses comedy to create community in his role as a Renascent’s Continuing Care Addictions Counsellor.

“Years ago, when people would try to get to know me, I would feel so uncomfortable that I would use humor to distract them and deflect the conversation. I was quite the chameleon. I could fit into almost any crowd, in part because of my ability to charm people with laughter, But I’d still feel alone or lonely at the end of the night,” says Steve. “In recovery I have come to know and love myself. I no longer need the high I got from drugs.  I don’t need to play the chameleon anymore either.”

Following the steps and staying committed to the 12-step program has helped Steve stay the course even through the greatest of life’s adversities. In 2019, Steve lost his best friend and partner, Sandra. Friends from childhood, Steve and Sandra were always very close and stayed connected no matter what life threw at them over the years. However, as his disease progressed, he started to disconnect, even from her. It was through a chance encounter in Steve’s early recovery that the two were able to rekindle and advance their special relationship.

The news of Sandra’s sudden terminal illness came as a shock to everyone who knew Sandra, especially Steve. She had always been a true champion of his for over 47 years and he credits his spiritual recovery to her.

“San was my biggest cheerleader and my most trusted critic,” shares Steve. “The only thing that kept me sane during her illness was working at Renascent and working the 12 Steps daily. My job became the 12th Step and through my work, I could distract myself by helping others and their needs, and use my old paramedic skill set to also take care of her.”

After Sandra passed in September 2019, Steve continued to rely on the 12 Steps to keep him grounded in his recovery.

Join Steve for a good laugh at Renascent Laughs on Wednesday, March 30 at 7 p.m. This special fundraising event will feature performances by comedians Jean Paul, Chuck Byrn and Courtney Gilmour. Tickets to Renascent Laughs and more information is available at: renascentlaughs.ca