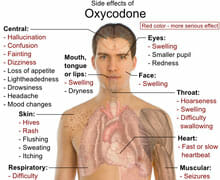 I should have known I was in trouble when the nurse asked, “On a scale of one to ten, how painful is it?”

Go low or high?, I wondered. If I say “ten” will he think, “he’s probably a drug addict and just wants to get high”? Or, if I go low, will he think I’m strong and brave and give me a good dose of painkillers as a reward? Or should I tell him I’m an alcoholic and I really shouldn’t take anything mood-altering?

I tend to over-think things … I croaked out “four” – go figure!! Talk about people-pleasing! Maybe I thought a “four” would please the Pain God. Who knows? I was probably delirious.

Meanwhile, the pain was becoming unbearable. My lung felt like it was being crushed in a hydraulic press and I had trouble breathing. They fed me oxygen, which helped with the breathing but still no pain relief. I’m not sure how long I waited, but they finally brought me a couple of Tylenol 3s, which reduced the pain to a dull hum. There was some concern about SARS and I was put in isolation. I pondered a lot of things in that room.

I am 59 years old, a sober and active member of Alcoholics Anonymous for the past 25 years. I’ve been blessed with good health for most of my life. The phenomenon of craving alcohol has long since been miraculously removed from me. Now, would this situation threaten my years of recovery by creating a dependency/addiction to pain killers?

After a week of antibiotics along with the pain killers (two Tylenol 3s every four hours) my condition was not improving; however, they eliminated SARS as a possible culprit, thank heavens!! It was discovered that I was suffering from a rare lung ailment that thankfully could be fixed with surgery.

It’s week two, and I’m still on the pain pills. I meet with the surgeon, who strikes me as being a very kind man. He tells me about the procedure: that the recovery will be painful and that I’ll be attached to a morphine pump when I wake up. I think I fainted at that point!

He goes on to explain that it could take up to three months of convalescing before I’m close to being physically shipshape again. I share my concern with him about being an alcoholic, not to mention that when it comes to pain, I’m a devout coward (just in case he cancels the morphine pump). He assures me I won’t be on the pain medication for any longer than is necessary.

So begins my recovery. I’m released from hospital six days after surgery with a prescription for oxycodone, a powerful narcotic analgesic. I was to take these pills as prescribed – mostly before bed time, because I had to sleep sitting up.

During this time my wife was working in the Caribbean and was unable to come home. Although her place of residence was destroyed and many of her personal belongings were lost during Hurricane Ivan, she felt that she had to stay on and help in the clean-up efforts, a decision she made with my support. My daughter attends university out of town and managed to get home only for the occasional visit. So I was alone with my dog and cat and a big bottle of oxycodone.

I had decided that I could handle my recovery all on my own. However, my Higher Power had other ideas. I have an AA friend who called every other day, whose health was poorer than mine but who took the time to chit-chat over the phone. Another AA friend dropped by every day to make sure I got fed and my dog and cat were taken care of. Other AA members dropped by periodically, unannounced!! I hadn’t asked any of these folks for help. I didn’t need it – or so I thought.

The day finally arrived when my doctor informed me, “Okay, John, Tylenol Extra Strength is all you need now.” I really didn’t think coming off narcotics would be that difficult, as I’d only been using them for a short time (besides, I have this notion of myself as something of a mystic).

The next four days without oxycodone were awful. My skin crawled. I felt as though I was going through the same mental and emotional turmoil I had endured when I stopped drinking alcohol 25 years earlier. The ferocity of the withdrawal from narcotics was surprisingly brutal, just like alcohol.

I was affected physically, suffering pain and discomfort from the surgical wound. I thought, “there must be a mistake; the Tylenol Extra Strength isn’t working.” Mentally and emotionally, I was coming apart. My AA friends would call and I’d burst into tears for no apparent reason. Suddenly I hated my wife for not coming home to be with me (although it was my idea that she stay where she was). I complained that my daughter should have been making more of an effort to get home from school to be at my side. I thought maybe the doctor had made a mistake: it was too soon to come off the pills; he should have gradually weaned me off.

I was moaning and groaning about everything, completely discounting the fact that the operation had been a success, and that physically I was healing quite well. Spiritually, I had become ego’s servant: I kept closing the spiritual door every time it opened!

The saving grace for me was the presence of a Higher Power in my life, working through my family doctor, my surgeon, the nurses who took care of me, my AA sponsors and friends, my wife and my daughter. (Although they couldn’t be there with me, there was email, telephone and MSN-ing.)

I guess what I’m saying is that I’m an alcoholic and I’m powerless over drugs and alcohol. Although I was only on the narcotics for a relatively short period of time, I’m not sure what the outcome would have been had I been left to my own devices following my discharge from hospital.

Today, I have a greater understanding of my brothers and sisters who’ve fallen prey to the darker aspect of prescribed narcotics. While a wonderful boon to humankind, narcotics are kind of like atomic energy: we need to be very careful when using them and mindful of their potentially devastating effects on all of us.