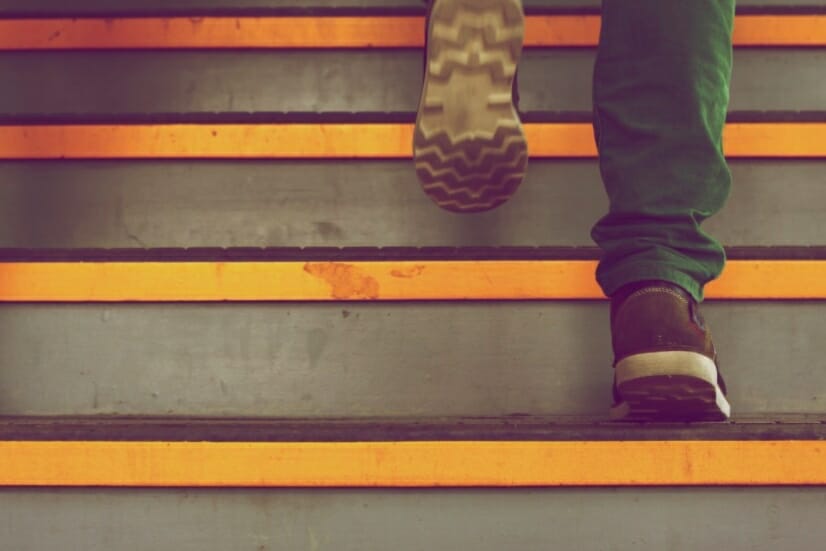 Came to believe that a Power greater than ourselves could restore us to sanity.
Dr. Bob’s last words to Bill Wilson may turn out to be his greatest legacy. Speaking about the AA program, he said, “Remember, Bill, let’s not louse this thing up. Let’s keep it simple.” Step Two is a wonderful place to begin heeding Dr. Bob’s sage advice.

As I sat trying to think of some clever way to write about this Step, the old physician’s guidance came through once again. “Keep it simple.” We know that Dr. Bob sponsored thousands of men and women through the Steps but what we may have forgotten is that he took folks through the Steps pretty darn quickly.

By today’s standards, we’d call it a crash course. Often within a week, certainly within a month, his new recruits would have been well on their way to completing all twelve Steps. Since he knew it was the all-important spiritual awakening of the Twelfth Step that was going to keep them sober, Dr. Bob wasted little time in guiding them through the other eleven.

If any of us had landed in the alcoholic ward of St. Thomas Hospital in Akron, Ohio back when Dr. Bob was the physician in charge, I can imagine how he might have introduced us to Step Two. Maybe half way through our detox, when the fog was barely lifting and the pain of the last drunk still stung deep, he’d stop by the bed and ask, “Now are you ready to try the Steps?”

A quick review of my drinking history along with some honest sharing from the good doctor about his own battles with alcohol would help me understand what the powerless part of my illness was all about. He’d talk about my powerlessness as if it were an allergy. An allergy triggered by the first drink that made me crave more and more and more. “It’s really pretty simple,” he’d say.

Then he’d start in on the unmanageability part. “If the stuff’s causing you all these problems, why haven’t you been able to quit and stay quit?” He’d lead me through a short and painful review of my quitting history along with some more honest sharing about all the times he’d tried to quit but had never found a way to stay quit — until now. Out of the fog then, I’d begin to see the pattern of my own alcoholism emerge — a vicious circle that when I drank, I got drunk, and when I got drunk, I got into more and more trouble — and when all the trouble got bad enough and I’d try to quit, that’s when the unmanageability part kicked in; and while I might go for a week, or a month or even a year, in the end, I’d always get pulled back to the bottle and start the cycle over again.

“Hopeless,” is what he’d call it. “If you’re anything like me,” he’d say, “you’re absolutely hopeless — short of a miracle that is; but miracles are what I see happen here every day.” And that’s when he’d start talking about Step Two.

“It’s really very simple,” he’d say. “Did I believe, or was I even willing to believe that there might be a God?” “You don’t have to be sure there’s a God, you don’t have to know it, you just have to admit to the possibility. That’s all that’s necessary to begin the miracle, just tell me if you believe that God might exist.”

I could do that! “You’re half way there,” he’d say, “that’s great! Now just one more question and we’ll be done with this Second Step business. This God who you admit might exist, does he have the power to relieve your alcoholism? I’m not saying that he would, mind you, only that if he existed could he do that?”

“Congratulations,” the old man would say, “That’s all there is to it. You just took Step Two. There might be a God and he might help you. Really pretty simple, isn’t it? I’ll see you tomorrow and we’ll take Step Three.”

Thank you, Dr. Bob. What a simple and precious gift you’ve left us, and oh how we can complicate it!

Reprinted by kind permission of the author. More of his writings can be found at www.austinrecovery.org.