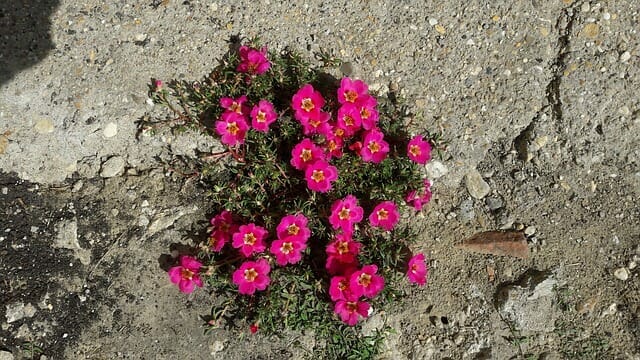 It’s 2004. I’m sitting in an auditorium at OISE, waiting for the Joe and Charlie Big Book Seminar to begin. My life is changing in ways I never dreamed. I am listening. I am eager to listen. I am hearing questions I never thought to ask, being invited to answer them from deep inside my soul.

At one point during the seminar, we are reading the familiar beginning of Chapter 5, “How It Works.” You know it: “Rarely have we seen a person fail …”

We hear the beginning of this chapter over and over at open meetings; however, we always stop with the three pertinent ideas, which are:

(a) That we were alcoholic and could not manage our own lives.
(b) That probably no human power could have relieved our alcoholism.
(c) That God could and would if He were sought.

But here I was, about a year and a half sober at OISE and I hear Joe and Charlie read the sentence that follows the abc’s. I hear them say: “Being convinced, we were at Step Three… ” and then I hear silence. They repeat the words “Being convinced” and stop again. Then they ask a question I’m hearing for the first time:

“Being convinced of what?”

They ask another question. “Is that like the line in the Foreword to the First Edition that says, ‘we hope these pages will prove so convincing that no further authentication will be necessary’??” (Yes!)

Being convinced of what, indeed?

That I’m an alcoholic and an addict of the seemingly hopeless variety; that despite any brains, looks, education, job, money, relationship, doctors, lawyers, psychiatrists, that I brought to the party, I was totally unable to manage my life powered on my own self-will. That no matter how much I insisted otherwise, no matter how much force or sweet talk I brought to the table, others were still not minding me and doing my bidding. That my “best” thinking was suspect and frequently just plain wrong. That I had no more cards left to play, no more moves to make, no place left to hide.

What a miracle! At my absolute rock bottom, I became absolutely convinced that I was terribly sick and that I desperately needed help to get well AND that the help could be found in the 12-step rooms. In that one moment when I knew I was done, all my judgements and objections — and conditions to my surrender — were completely swept away.

I had become convinced, and was now at Step Three. But, what was I going to do about it?

Gift of Desperation or G.O.D.

In early sobriety, I was in huge pain because I didn’t have my solution (to drink and drug) any longer. One day I wailed to a long-timer, “When’s the pain going to stop?” The answer? “You’re either going to get busy with your steps or you’re going to get drunk.”

I was terrified of picking up again but despite memorizing and saying the Step Three prayer every day and following my sponsor’s suggestion that I read Step Three in the 12 & 12 every day for 30 days, I still was staked around the “perpendicular pronoun” I-I-I … the thing that I’m told makes up the ISM in alcoholism: I – Self – Me.

Keep an open mind, this is just my experience, but I ended up firing the god of my understanding. I wrote a long letter of dismissal, typed it up, printed it out and read it aloud to that god. This act would mark the time I was conscious of hearing that still small voice, which asked me a question as soon as I was done reading. “Now what?” it asked.

Now what, indeed. I called my Higher Power Now-What for some time after that. I had been re-gifted with that Gift of Desperation and I became willing to trust this Power to continue to help me to take action and to change and to grow.

Today, I take the Third Step every morning as soon as I open my eyes. Sometimes I am more robust with this prayer than other times. Always, just when I need it, I am reminded that I am convinced and that no further authentication (that I can safely drink or use, that my self-will and self-seeking is the way to go) is necessary. “Thy Will Now-What, Not Mine, be done.”

I stick close to the people who are happy, joyous, and free in their recovery and I emulate them. On the basis of a 100% conviction of Step 1, I actively work Steps 2 to 12 to the best of my ability. I am a Big Book student. I have a home group. I go to meetings regularly, at least twice per week. I have a sponsor with whom I work vigorously. I am active in service. I work with others, taking them through the book and helping them work the steps in their own lives. I am a better mother, daughter, friend, and citizen.

May I continue to remember that my real reliance is always on my Higher Power, whatever I conceive it to be.