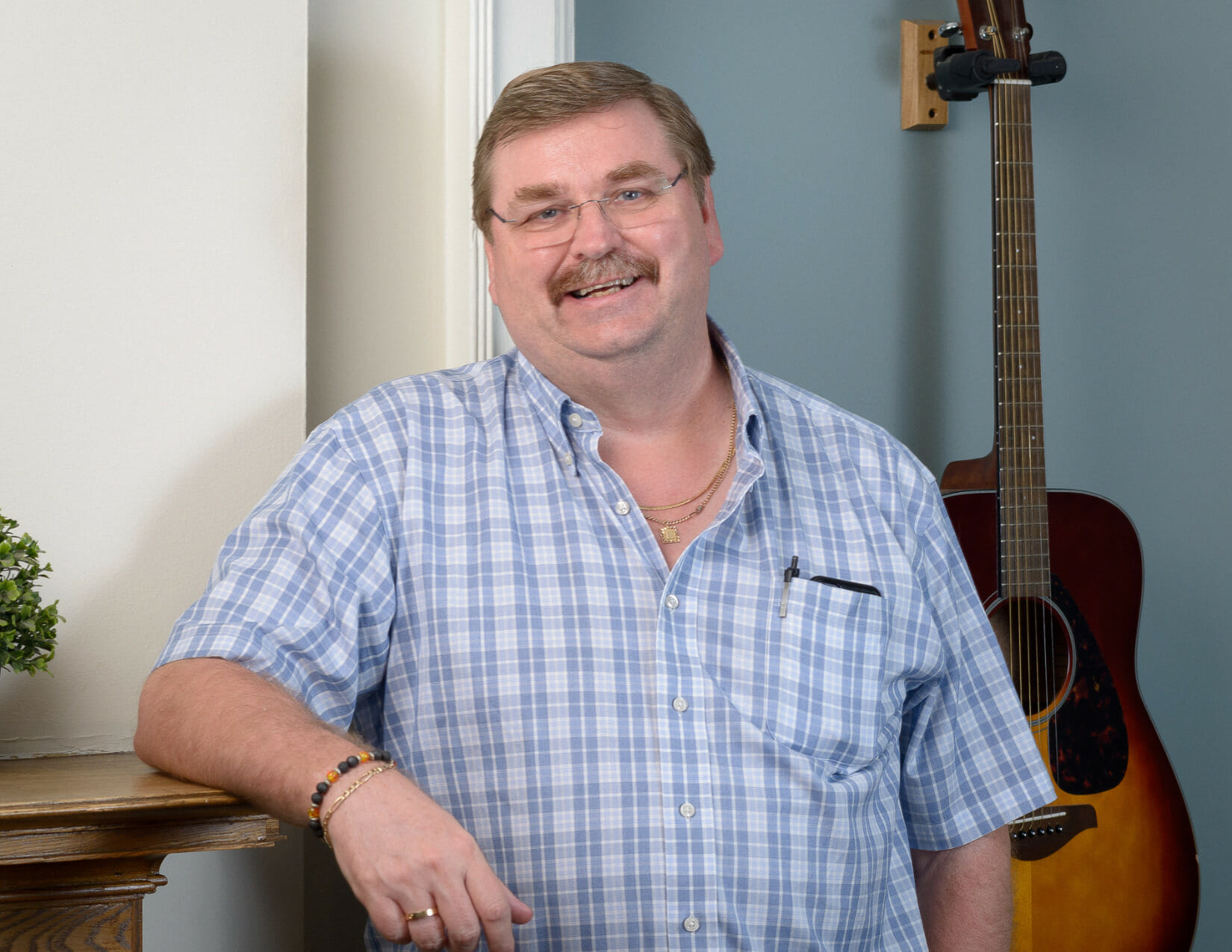 On March 11, 1994 – almost 28 years ago – Larry was at the end of his road. Having already faced homelessness and run-ins with the law, his addiction had brought him to the point of despair. After leaving custody on bail and spending 25 days in a withdrawal unit, Larry sought a fresh start and got on a five hour bus ride to Renascent, where he began his 28-day treatment journey. What he learned there, changed his life.

“At the beginning of treatment I felt like I was the only one to experience addiction and nobody would understand what I went through. I quickly I realized this wasn’t the case. Early in my recovery, I met many people while attending my first 12 step meetings, who expressed similar thoughts and feelings; they got help and were therefore able to achieve – peace of mind, healthy relationships, a job, and a way to deal with all the guilt and shame they felt,” says Larry, who is now an Addictions Counsellor at Renascent’s treatment centre on Madison Avenue.

Larry’s path to addiction is similar to so many who turn to substances. Growing up in a small town, his childhood is riddled with stories of neglect and abuse, and substance use provided an escape from that reality. “Since I was 11 years old, I spent every day on my own. My dad worked in the mines and was absent frequently, and my mother had serious mental health issues,” explains Larry. “I struggled to trust anyone because of my childhood trauma and upbringing. I used drugs and alcohol to escape and medicate any emotional challenges I faced. For a while I believed it was working. In the end it turned out to be a poor strategy.”

In treatment, many years after his first drink, Larry began to understand that a mental narrative existed. This self-talk had a significant impact on the person he had become. His mother often called him a ‘mistake’ and over time, this and other critical comments influenced how Larry perceived himself. While working on his recovery, Larry realized others struggled with this destructive self-talk as well.

“Often clients express a damaging narrative underlying their substance abuse. These thoughts and feelings appear related to a lack of safety and trust that were caused by abuse and neglect. Thoughts and feelings contribute to the stories we tell ourselves about who we are,” explains Larry.

He affirms that working the 12 steps and remaining clean and sober is a lifesaving way to better understand and gain awareness about the self-talk that occurs in early recovery.

“Whether one is experiencing feelings of failure or inadequacy for example,” explains Larry, “you get to look deep within yourself in recovery, to ask whether there is actually any validity to that narrative and explore what is driving it. Doing step work with a sponsor and practicing Step Three, can help develop a voice of encouragement, kindness and forgiveness one can become able to realize that the things you tell yourself are not actually true. The steps can help you gain a secondary voice that says, “You are smart enough and good enough” and this is a key part of remaining motivated on a daily basis.