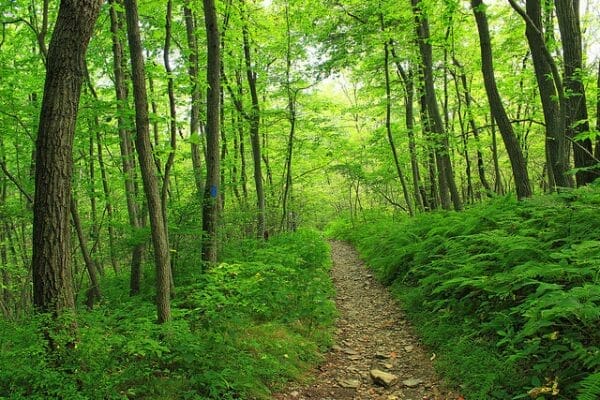 Bill Wilson and Dr. Bob left us three remarkable legacies. Their first legacy was the 12 Steps. The 12 Steps have helped millions of people find freedom from their addiction to alcohol and other drugs. Their second legacy was the 12 Traditions. The 12 Traditions do for the fellowship of Alcoholics Anonymous what the 12 Steps do for the individual. We can think of the 12 Steps as a design for daily living that promotes emotional well-being and peace of mind while the 12 Traditions provide guidelines for the healthy functioning of the AA fellowship as a whole. Their third legacy was the formation and structure of the General Service Office. These three legacies formed the foundation of Alcoholics Anonymous as we know it today.

Recently, I realized that there is another legacy that Bill Wilson left us. A legacy that has not been fully recognized for its value and role in recovery. Bill Wilson’s fourth legacy was emotional sobriety.

Bill originally wrote about emotional sobriety in a letter he sent to a depressed friend in 1956. I feel quite certain that this must have been something Bill shared about in meetings but didn’t write about it until he wrote the letter. This letter was eventually published in The Grapevine in 1958 titled “Emotional Sobriety: The Next Frontier.”

I personally have found the contents of this letter very helpful. This is one of Bill’s most important contributions to recovery. In it he unravels the source of his basic flaws and emotional deformities: issues necessary to understand and address if he was going to finally tackle his depression and realize all the wonderful benefits of recovery.

In this letter Bill shared the insights he gained while understanding and unpacking the emotional causes of his depression. Bill worked hard on his recovery. He also received psychological help from Dr. Harry Tiebout, the first psychiatrist to recognize the importance of AA. Dr. Tiebout befriended Bill and the fellowship and left us with many important insights into the process of recovery. You can learn more about his work in a Hazelden publication of his collected works. Bill also received spiritual direction from some very prominent spiritual leaders of his time, such as Sam Shoemaker.

Bill sought the truth about himself and about life. From these efforts he developed the ability to be honest with himself and identify emotional and behavioral patterns that were causing him much distress and anxiety. The letter that Bill wrote is a synthesis of what he had learned about himself and his dilemma after being sober 21 years.

At this point in Bill’s recovery he was working on what we now call Stage II Recovery. This second stage of recovery was appropriately labeled by Earnie Larsen. Stage II Recovery is concerned with healthy human relations. This is something that has eluded us throughout our lives because of our emotional immaturity. The 12 Steps help us grow up by identifying our emotional deformities and identifying patterns in our human relations that help us see our basic flaws. So let’s take a closer look at the issues Bill discovered.

Do you ever find yourself overreacting to a comment someone important makes to you and then find yourself silently wondering, “Why did I react so strongly? What makes their opinion of me more important than what I know to be true?” This situation and others like it have much to teach us about our emotional deformities.

Reflecting on what caused him to be upset and how he reacted helped Bill figure out some very important things about himself. In a way, we can say that he took an emotional inventory. As a result of the insights he gained from these self-reflections, Bill realized that his depression was a result of how he responded when things didn’t go his way.

Bill discovered that he imposed unenforceable rules on others and demanded that they accommodate his nonsense. When they didn’t, he fought them and when they didn’t cave in, he felt deflated and defeated. When he felt defeated he became depressed. But don’t think for a minute that Bill is the only one of us who acts this way. I must confess that I do too. Less today after more than 41 years of recovery, but it’s definitely still a part of my reaction at times. I’d bet if you are honest with yourself, you will see evidence of this kind of behavior in your reactions too.

Bill realized that his emotional state was dependent on the outcome of his interaction with others, that he was emotionally dependent on how other people behaved toward him for his self-esteem, for his emotional well-being. Bill described his epiphany this way:

Suddenly I realized what the matter was. My basic flaw had always been dependence — almost absolute dependence — on people or circumstances to supply me with prestige, security and the like. Failing to get these things according to my perfectionistic specifications, I had fought for them. And when defeat came so did my depression.

I believe we are all emotionally dependent to one degree or another, and that’s why we relate to Bill’s struggle. Emotional dependency is the result of being emotionally undifferentiated. The more differentiated we are, the less reactive we are to others and the better we can soothe ourselves. (You can read more about the concept of differentiation in my book 12 Smart Things to do When the Booze and Drugs are Gone.)

Emotional sobriety is the result of learning to soothe ourselves rather than manipulating other people to comfort us. Emotional sobriety is the movement away from manipulating others for validation toward supporting and validating ourselves. If we require other people to act and behave a certain way for us to feel safe, then the world will never be a safe place. When I learn to stand on my own two feet and support and validate myself, then what others did or didn’t do becomes less important. Emotional sobriety means that we stop taking what other people do personally and we stop letting their limited perceptions define us.

Emotional sobriety involves maintaining autonomy while maintaining togetherness. It means not losing ourselves in the relationship. As Dr. Erich Fromm stated, “Mature love is union with the preservation of integrity.”