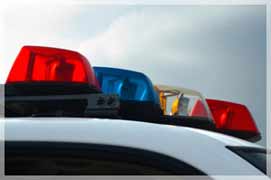 When I present on the plight of children living in dangerous drug environments across the United States and Canada, I tell stories from my 20-year career in law enforcement. Since I am often addressing audiences with professionals from multiple disciplines, telling a story about events from my “cop” point of view gives attendees an opportunity to consider a perspective different from their own.

For example, as you are reading this article, I want you to think about recovery. Do you believe it can happen? Can someone suffering from an addiction to drugs or alcohol ever recover, or are they stuck in that cycle of darkness forever?

When you ask a police officer about recovery, most of us will tell you that it’s not possible. We’ll say – sometimes quite adamantly –  that it just can’t happen. Perhaps you agree with that; perhaps you disagree. Either way, what you think probably depends on what you know or have experienced about recovery yourself. Maybe you have a family member who is in recovery. Or maybe you are a treatment provider or social worker who has successfully reunified a family that had been struggling with addiction. But if you are a cop, I’ll bet you dollars to doughnuts you’d say you never see recovery.

When a cop arrests someone who is struggling with addiction, we are seeing them in their darkest hour. Recovery just doesn’t seem possible. It’s difficult to have hope for their future, because it’s not uncommon for us to arrest them again and again and again. As a matter of fact, when we don’t arrest them again, we generally figure it’s for one of three reasons:  they died, they moved, or they’re still in jail. We don’t think to ourselves, “Wow, I haven’t seen that person that I arrested in months. They must be in recovery!”

It wasn’t until the end of my law enforcement career that I gained a new perspective. I had been invited to speak at a Recovery Rally, and during my speech I asked the attendees, “How many of you were arrested by the North Metro Drug Task Force?” I was shocked by how many hands went up, and I actually told them, “You know, cops don’t believe in recovery.”

When I was finished, I was flocked by people telling me how their journey to recovery started after being arrested. One woman told me that the day she was arrested, she was curled in a fetal position on the floor of her house praying for either death or intervention. She said she knew the moment the North Metro Drug Task Force busted down her door that she was not supposed to die.

Today, because of that rally and my work with the National Alliance for Drug Endangered Children, I have a new perspective. Today, I tell stories that exemplify recovery. Today, I tell cops that recovery is possible. Because today, I believe that there is hope for these families, and that we can break the cycle.

Lori Moriarty is the Vice President of the National Alliance for Drug Endangered Children (www.nationaldec.org). She began her career in law enforcement in Colorado in 1987 with the Thornton Police Department and from 2000 to 2006 was the commander of the North Metro Task Force, a multi-jurisdictional undercover drug unit.