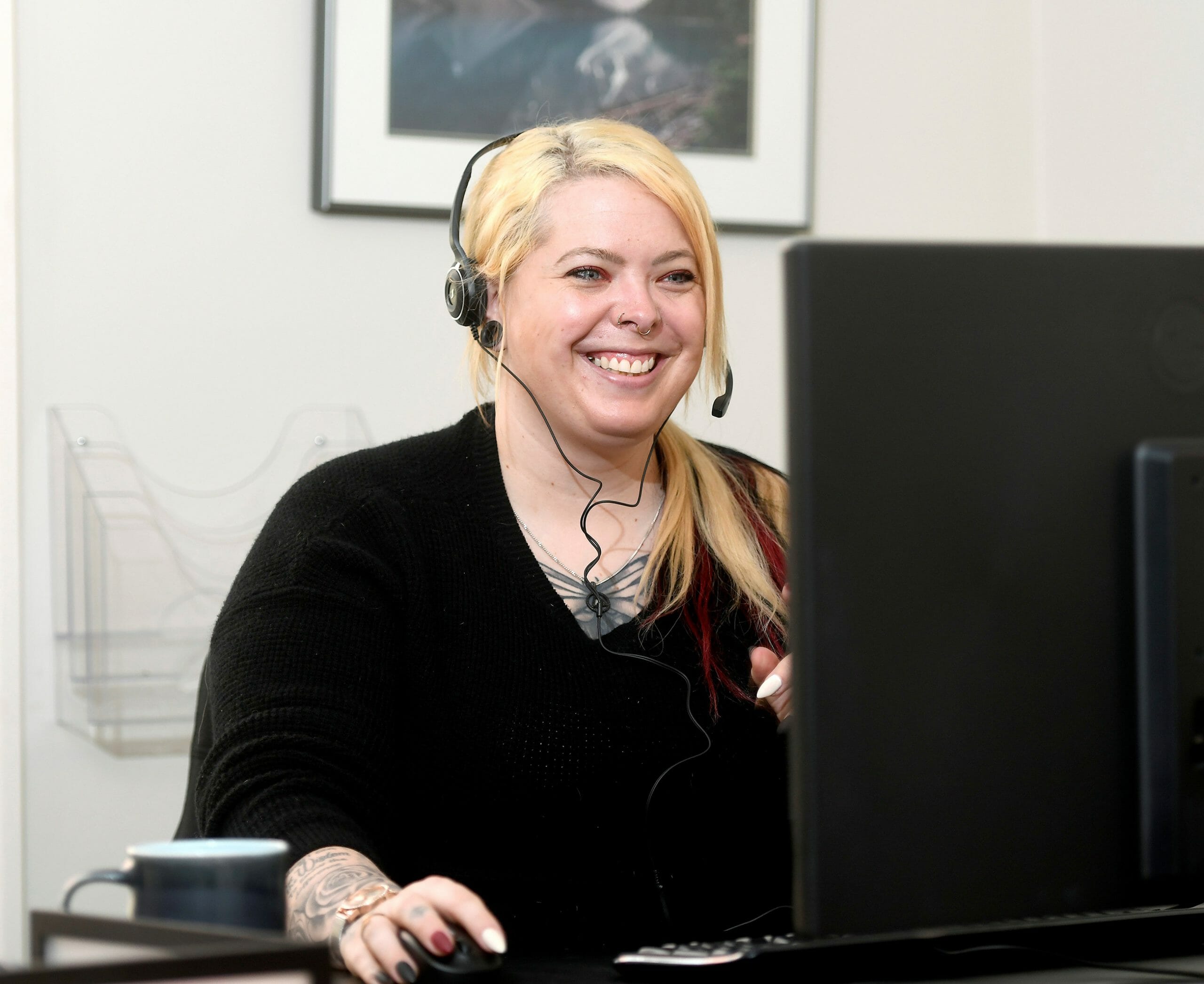 Like many who enter addiction treatment, Ashley was sick and tired of being sick and tired. After years of using, she had come to her wits end dealing with the consequences of her addiction.

“I had gotten to the point where I couldn’t live like that anymore. I went to my probation officer and said I needed help,” shares Ashley.

Prior to reaching out to Renascent, Ashley became homeless after leaving a bad relationship. It was while she was living in a shelter, she made the call to Renascent.

At the time, Renascent had just launched its Virtual Intensive Treatment Program and Ashley was among the program’s first clients. From the shelter, Ashley accessed treatment online. Shelter staff provided access to a computer and a room for Ashley to attend sessions.

“I was very skeptical at first about virtual treatment. I was concerned that I could fall off the treatment plan because I wasn’t in a treatment facility,” says Ashley. “I was also worried about whether or not I would be judged. That nervousness was put at ease during my first session. The fact that the counsellors had been through similar situations with addiction made a huge difference to me.”

Ashley was pleasantly surprised by the Program’s structure and the sense of accountability she had.  “I had to attend sessions twice a day and was accountable to the group members and my counsellors,” she said. “I really liked the fact that the two sessions were held at different times during the day. That way you get to do what you need to in between meetings.”

Focused on getting well, Ashley filled her time in between meetings working on securing the building blocks that would be the foundation for her new life. She attended trauma counselling, looked for a place to live and worked on reconnecting with family and children.

“I am so proud that I was able to complete the Virtual Intensive Treatment Program during what has been the most unstable point of my life,” says Ashley. “I think that’s a testament to how great the program is and how committed I was to recovering.”

To suggest Ashley’s life is different now, would be an understatement. She has a home, is progressing at her job and is working toward seeing her children more often.

“Recovery is worth it. It’s not worth living in sadness and misery,” says Ashley. “My ah-ha moment came when I realized that I wasn’t alone. There is a whole community of people out there just like me who are rooting for my success.”

Ashley’s advice for fellow alumni is simple. “Don’t ever be afraid or ashamed of asking for help. Don’t live in your shame and fear. You are not alone!” she says. “My mother passed away while I was in early recovery and there were so many of my peers who helped me. It is the recovery community that wraps themselves around you when you need it most. It’s often the people who close in and resist asking for help that don’t make it through.”