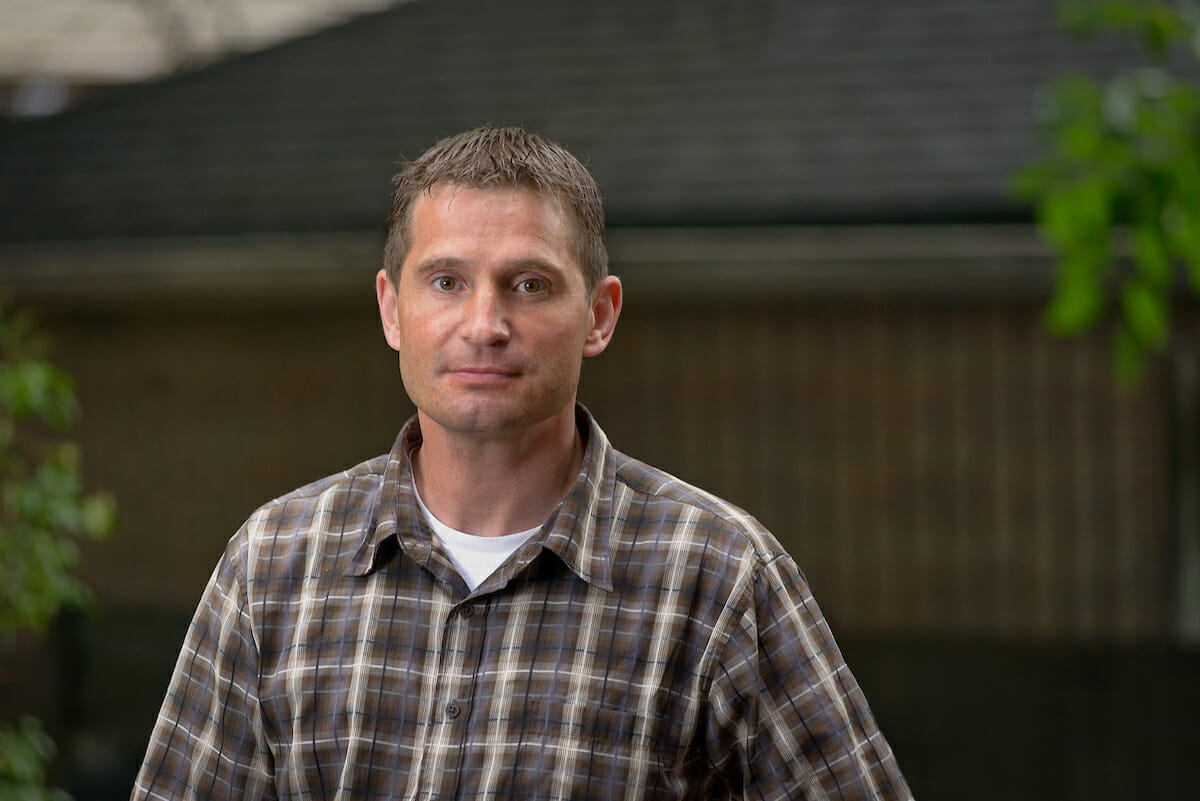 Andrew M. fondly shares some of the misperceptions he had about sobriety.

“I thought choosing sobriety meant that I was choosing to live a life without fun and I thought 12-step programs didn’t work, but boy was I wrong,” he says.

Having started treatment at Renascent’s Punani Treatment Centre in March 2020, Andrew began his journey toward sobriety at the start of the COVID-19 pandemic. At 44 years old, Andrew feels as though he is starting life over again – with new goals and ambitions.

“I have aspirations. I was on social assistance for years and now I have the opportunity to go back to school and make a difference in the lives of others by giving back. None of this would be possible without Renascent and the way of life they introduced me to.”

Today, Andrew serves his fellow alumni as Chairperson of the Punani Alumni Committee and has enrolled in a Social Service Worker program which is slated to begin in September. He now sponsors a few men – supporting them in their own recovery – and has also started to rebuild relationships with his family.

However, Andrew never thought this type of transformation was likely. “I always thought that recovery wasn’t going to be possible. I considered going to treatment several times. I knew I needed help, but I didn’t know what staying sober looked like. I thought that I was too far down that rabbit hole,” says Andrew. “I was miserable when I was using, and I was miserable in sobriety,” he adds, having undergone treatment at another centre in 2011.

Andrew’s road to treatment was long, having been addicted to heroin for 22 years and methadone for 18. However, something clicked when tragedy struck in August 2020, that validated Andrew should maintain the sobriety he gained at Renascent.

“A close friend of mine who used with me started coming to group meetings to start his own recovery. Then one day he overdosed and died. He was buried a few feet from my dad who died when I was in active addiction. I always knew people died of addiction. I was sober this time around so I was able to feel my grief,” says Andrew. “After the funeral, I decided I was going to push forward as hard as I could toward long-term recovery. After all, you make a start when you are in treatment, but what you do when you leave is most important.”

Now more than 16 months into his sobriety, Andrew shares some of the habits that have helped him.