“We admitted we were powerless over alcohol – that our lives had become unmanageable.” 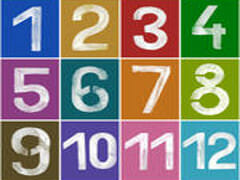 Suggested Reading for Step One:

As we take Step 1, we separate it into its first and second halves:

STEP 1a. I admit that I am powerless over alcohol….

Although Step 1 itself does not require that we admit to being alcoholic, the Big Book tells us that “We learned that we had to fully concede to our innermost selves that we were alcoholics.”

And what does AA say an alcoholic is? The definition is scattered through the literature, but a test is offered in the first paragraph of Chapter 4. This test is twofold:

The first test measures our alcohol compulsion, which Daniel W. defines as “an impulse or feeling of being irresistibly driven toward the performance of some action which is irrational.” Dr. Silkworth, in The Doctor’s Opinion, tells us that “… the action of alcohol on these chronic alcoholics is a manifestation of an allergy; that the phenomenon of craving is limited to this class and never occurs in the average temperate drinker.” The body is in the clutches of alcohol, and alcohol controls the mental processes which, in turn, keep the alcohol flowing into the body.

The second test measures our alcohol obsession, “the persistent and disturbing intrusion of, or anxious and inescapable preoccupation with, an idea or emotion.” In other words, it seems as if the alcohol calls us with a voice irresistible until we have little choice but to start the drinking process anew. This affliction is strictly mental until the alcohol enters the body. Then, we are back to the first test again. In fact, “the main problem of the alcoholic centres in his mind, rather than in his body” and “the mental states that precede a relapse into drinking … (are) … the crux of the problem.”

If you haven’t made the concession of being alcoholic yet, don’t quit! And if perchance you are still drinking, then don’t quit trying to quit! The primary purpose of taking this step is to bring about the conviction and admission that you are alcoholic. Part of your conviction should be the absolute certainty that the next drink will lead to undesirable consequences (to say the least).

In conclusion, provide answers to these questions:

STEP 1b. I admit that my life has become unmanageable…

You have just swallowed some painful truths about your drinking. Upon even trivial reflection it is obvious that your thinking hasn’t been too rational, either, when it comes to the drink problem. Have you managed your drinking career well?

The mentality we have when it comes to drinking, however, is but one part of a deeper thinking impairment which impacts almost every aspect of our consciousness. You may have noticed expressions such as these in the Big Book:

You undoubtedly have your own favourite expressions gleaned from pages 30 – 43 in the Big Book. But humour aside, there must be a serious message here that our own minds – quite aside from the drink problem – cannot be trusted with running us.

In conclusion: It is more than likely that 85 – 95 % of your ideas and mental processes are right-on, and that the remainder will, as a minimum, get you or others into trouble. Our problem, it seems, is that we can’t differentiate the good ideas from the bad. What is our prognosis?

Once more: “The alcoholic at certain times has no effective mental defence against the first drink. Except in a few rare cases, neither he nor any other human being can provide such a defence.”

Excerpted from “Taking Step One” by the Big Book Bunch. The complete article is available online here (PDF).