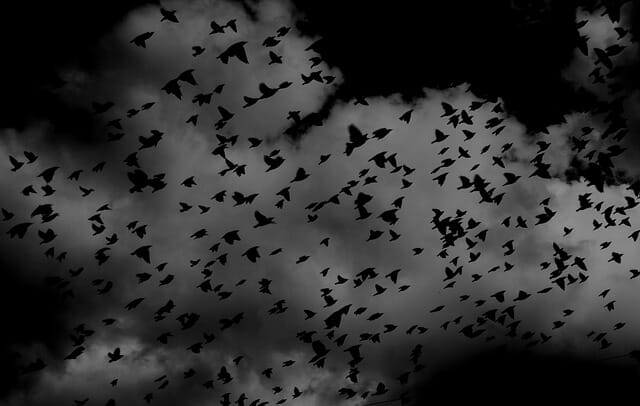 Once referred to as “railway spine” after railroad accidents in the 19th century, “shell shock” and “combat fatigue” after World War I and World War II, reactions to severe stressors are what are now called Post-traumatic Stress Disorder (PTSD). PTSD is an anxiety disorder that affects people who have experienced or witnessed terrifying events involving actual or threatened death, serious injury, or threat to one’s or others’ physical integrity and during which they felt intense fear, helplessness, or horror. Although it was once thought to be primarily a disorder of war veterans who had been involved in heavy combat, it is now known that PTSD also affects both women and men after many types of traumatic events.

Events that can trigger PTSD include domestic abuse, violent crime, rape, car or airplane accidents, terrorist bombings, war, genocide, earthquakes and other disasters, both natural and human made. PTSD can develop at any age, including childhood.

Many people report experiencing a traumatic event at some point in their lives. In fact, traumatic events occur among 60 per cent of men and 50 per cent of women during their lifetime. The most common types of traumatic events differ between women and men; sexual abuse and adult sexual assault are more common among women while accidents, physical assault, combat, disasters, and witnessing death or injury are more common among men. Among the Canadian Forces, about seven per cent of the Regular Force and almost five per cent of the Reserve Force develop PTSD at some time in their life. In the United States, approximately five million adults have PTSD at any one time and about eight per cent of the population will have PTSD symptoms at some point in their lives.

When is PTSD most likely to develop?

Certain kinds of traumatic events increase the risk that PTSD will develop. For instance, PTSD is more common after events that are directly experienced or witnessed, are prolonged or severe, or that cause serious injury. A survivor’s thoughts and feelings at the time of the event can also be related to the development of PTSD. Post-trauma symptoms are more common when, at the time of the traumatic event, a survivor believed that their life, or a family member’s life, was in danger. PTSD can also be more common when the survivor had a very strong reaction at the time of the trauma or felt helpless to protect themselves or others.

PTSD is also more likely to develop in the context of additional difficulties or stressors either before or after the event. For instance, experiencing prior traumatic events, such as childhood abuse, or recent stressful events, including the loss of a loved one, may increase an individual’s chances of developing PTSD. Similarly, a lack of social support, having another mental health problem, including alcohol difficulties, or a family member with a mental health problem, has also been associated with the development of PTSD.

Approximately 20 per cent of women and eight per cent of men develop PTSD following a traumatic event. While PTSD is more common among women for all types of traumatic events, following sexual assault or abuse PTSD is equally common among men and women. Among the Canadian Forces, the rate of PTSD overall appears to be similar to that of the general public but the likelihood of PTSD increases with the number of missions a member has been on.

PTSD may be more common among certain groups of people for a couple of reasons. Some groups may be more likely to experience traumatic events. In addition, individuals from some groups may be more likely than others to respond to the event by talking about it and seeking help. Researchers have also looked at areas and functions in the brain that may affect the development of PTSD. For instance, PTSD may be related to heightened activity in areas of the brain that are related to fear. PTSD may also be related to unusual levels of hormones that people naturally produce when experiencing stress or danger. Individuals with PTSD may continue to produce these hormones even when the traumatic event is over. Other hormones may be related to maintaining vivid and intense memories of the event that are distressing.

There are three main types of PTSD symptoms. These symptoms include re-experiencing the event through recurring and intrusive thoughts, memories, and dreams. Individuals also re-experience the event when exposed to thoughts, feelings, situations, people or activities, or other triggers associated with the event. Other symptoms might include acting and feeling as if the traumatic event is occurring again. These trauma-related memories and reminders can cause significant emotional and physiological distress, which can be debilitating.

In reaction to these debilitating symptoms, the PTSD sufferer may avoid situations, thoughts, or people associated with the trauma. For instance, the individual may avoid the site of the trauma or similar environments, talking about the event, or people related to the trauma. In addition, symptoms also may include reduced interest in previously enjoyed activities, emotional numbness and social withdrawal.

Along with re-experiencing and avoidance symptoms, individuals with PTSD experience heightened anxiety or arousal. These symptoms may consist of difficulty falling or staying asleep, constantly being on guard or watchful, being jumpy, easily irritable or agitated. The individual may also experience difficulties with memory and concentration. The symptoms of PTSD usually appear within three months of the traumatic event but sometimes do not commence until later on. Symptoms can persist for many years and can also lead to other psychiatric illnesses such as depression and substance abuse/dependence. Some individuals may misuse alcohol and/or drugs as a way of managing overwhelming anxiety.

Once symptoms are identified and PTSD is diagnosed there are a number of treatments that can be beneficial for the sufferer. PTSD sufferers are often treated with specialized forms of psychotherapy and sometimes with psychotropic medications or a combination of both. There are different forms of psychotherapy and one form that has shown to be effective in treating PTSD is Trauma-Focused Cognitive Behavioural Therapy (TFCBT).

TFCBT is an evidence-based treatment in which the client is taught methods of overcoming anxiety or depression and modifying undesirable behaviours such as avoiding reminders of the traumatic event. In this treatment, information on common PTSD symptoms is provided to assist the client with understanding and normalizing confusing symptoms. TFCBT also includes stress management to cope with difficult memories of the trauma. Beliefs that might be interfering with healing are also explored and dealt with to assist with the alleviation of distress. Another principal component of TFCBT is exposure therapy, which involves facing reminders of the event, both memories and situations, in a gradual way such that anxiety progressively decreases.

There is also some evidence for a treatment called Eye Movement Desensitization and Reprocessing (EMDR) that combines aspects of exposure therapy and cognitive behavioural therapy with eye movement techniques. Psychodynamic treatment is an additional PTSD modality that focuses, in particular, on linking current symptoms with past life experiences and/or traumatic events.

A reasonable time line for treatment of PTSD is 12-16 sessions with occasional follow-up sessions, but treatment can be longer depending on a patient’s particular circumstances. While many people do recover from symptoms of PTSD with appropriate treatment, it is important to note that in some cases, PTSD is a chronic and severely debilitating psychiatric disorder that is refractory to currently available treatments.

Psychotropic medications have also been found to be effective for treatment of PTSD. Some medications (for example, selective serotonin reuptake inhibitors (SSRI’s)), have been found to be useful in helping to block the development of symptoms. SSRI’s can also be effective in reducing overwhelming symptoms of arousal such as sleep disturbances, hyperarousal (exaggerated startle response) and intrusive thoughts. The reduction of these symptoms can facilitate an individual’s ability to engage in TFCBT.

Research has also shown that trauma focused psychotherapy in combination with pharmacological interventions can be effective in alleviating PTSD symptoms and in addressing co-occurring conditions such as depression and panic. Research is just beginning on the use of psychotropic medications in treating children and adolescents with PTSD.

As research in the area of trauma progresses, our understanding of the causes, course, symptoms, and effective treatments for PTSD are also advancing. Research is also examining factors related to resilience after traumatic events and decreasing the risk of developing PTSD.

Donna Ferguson is a clinical psychologist who provides assessment and treatment (specifically, Cognitive-Behavioural Therapy focused) in the area of Post-traumatic Stress Disorder and other Anxiety Disorders, primarily with injured workers at the Centre for Addiction and Mental Health.