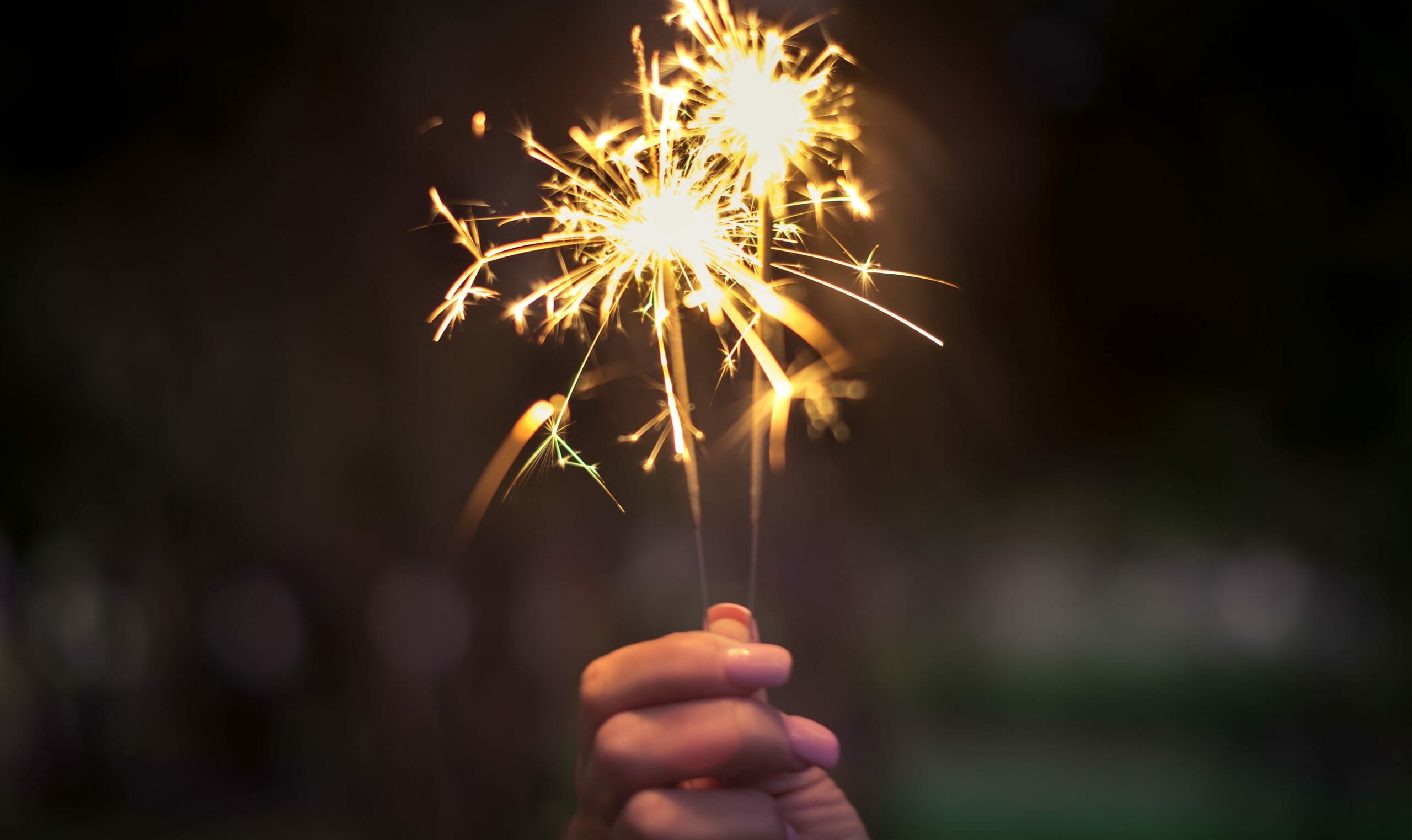 I’m happy I know how to turn down my drinking buddies on the biggest partying night of the year. But that doesn’t mean it’s always easy.

This New Year’s Eve, when the clock hits midnight, millions of people will kiss their significant others, drink champagne and raise a toast to a lovely year filled with new gym memberships and stress-free lives.

New Year’s Eve is a drinking holiday like no other. It’s St. Patrick’s Day in short, silver, glittery dresses on hotel balconies. It’s Halloween without the masks and your brother’s wedding without the family. No religion, no country, and no worries. It’s why airline tickets to Vegas spike the day before. New Year’s Eve is a throwback to Studio 54 and justified alcoholism at its finest. The day after? College football bowl games and rehab scouting. The day before? The last day of school and I always fucked around on that day. So why not cap off the holiday season by throwing out the eggnog, blowing out the Menorah, and calling those drug dealers you haven’t thought about since Halloween?

Sometime between 9/11 and Jersey Shore, I developed some nasty habits that would go on to change the way I approached holidays, or any day really, but let’s stick to the topic at hand. New Year’s Eve used to go like this: call friends and find out about the parties. From there, I made my decisions. The second step would be gathering party favours and I don’t mean red cups and hummus. I would call drug dealers X, Y, and Z and then wait for X, Y, and Z to call me back. When only Y called me back, I’d go to Y’s apartment, enter the gate code, hand him money and walk away with cocaine, marijuana, and pills reserved solely for people who get panic attacks, have severe muscle pain, or are going through heroin withdrawal. After that, I’d make a trip to several liquor stores until I found one that would sell alcohol to someone under the age of 21. Step three: going to the parties, where I would walk around with friends, have unimportant conversations, strike out with girls, see the light at the end of the tunnel and decide to come back to earth pre-overdose.

Step four was always the difference between the boys and the men in the drinking and drugging department. The trick to the fourth step of New Year’s Eve was that if you completed it, then you didn’t really complete it. It always took place on Jan 1st and involved trying to figure out what the hell had happened around 12:30 am the previous night. If I didn’t remember, I’d decide that I must have had a good time because when I tried to have a good time I never did but often, if I just let go and enjoyed myself, then it was more fun. While I was probably completely wrong, thinking this way meant that I had completed step four. And I did well at that; it’s safe to say that in the early 2000s, I never had any idea what had happened on New Year’s Eve because I was a memory-loss, blackout drunk and drug-sniffing dog of a boy — just a violent, erratic asshole with a flare for the dramatic.

Sometime between smart phones getting smarter and today, I have had the opportunity to celebrate the New Year sober. When I rang in 2012, I was at a comedy club in West Hollywood where, around three hours into the new year, the showroom looked like it had been bombed by a drone in Baghdad. I saw the eyes of harmless Jewish comedians turn hilariously dilated and blood red. I also had a blast. Step one was taken care of and my party favours that year were actually some beers for a friend of mine who had a birthday that day: I simply walked to a convenience store, bought them and gave them to my friend as a gift — one of the few times in my life when the party favours step took only about 10 minutes. Step three was easy — I just showed up at the club and hugged my close friends at midnight. I obviously completely failed step four of trying to remember what happened the next day since I’m writing this and have a clear, vivid memory of that particular night.

That doesn’t mean that every New Years Eve since I’ve been sober has been easy. There was one where I actually thought I was going to drink. I had just gone through a breakup and only had a couple of years sober so throwing those away were the least of my concerns at the moment; I really only had the dustiest light bulb appear over my head when I came to the conclusion that drinking would make me feel better. The reason I thought that is that it would have — for a couple of hours. I would have had a temporary solution to a lifelong problem of anxiety, a thirst for that x-factor liquid they put in the good mouthwash and the fear of everyone’s thoughts. What I ended up doing didn’t feel all that great at the time, honestly: I put one foot in front of the other and walked from my apartment on the west side of the Sunset Strip down through the heart of West Hollywood and into a midnight AA meeting. Afterwards, I called my ex-girlfriend and we got diner food amongst the drunk thirty-somethings of what looked like upper class LA but is actually poverty line LA (the deception of the city is that the poor people look rich and the rich people are actually poor). There I was, out of a midnight AA meeting and eating at a diner with my ex-girlfriend who had a love for pretentious California wine and any product you’d see on the show Girls, really. But the point is that I didn’t drink on New Year’s Eve that year and I haven’t wanted to since. And I learned what it was like to make it through a holiday where I felt like an outcast.

One aspect of New Year’s Eve last year that I failed to mention was that about a week earlier, I’d I gotten an e-mail invitation to a party bus. Usually these are for suburban kids on prom night but it was clear that this was going to be done in an ironic way and that the people on the bus were going to be peers, not to mention people I really liked. But sobriety came first so I declined — and then heard the next day from a friend that it was fucking awesome, which made me feel like I missed out. The girl I liked was even there and it felt like everything could have changed that night.

I got the same invitation this year and of course want to go. Pretty girls, a nice ride and friends? Count me in. Can someone bring lemonade? No? Alright. And that’s when I hit a wall that really isn’t that hard recently: it’s basically when I hear about something I want to do but know it might infringe on my sobriety so I decline and then feel left out. The softening of the wall has to do with the fact that I have enough sober experience now to know that it’s not a big deal if I don’t do it. Some things are not my — or our — business. I’ve discovered that I have very liberal limits when it comes to being in a room with a locked door: essentially, if the drugs on the table (or piano) would get you felony charges if the cops came in, then it’s usually time for me to go home and watch Seinfeld. And that’s okay. I used to have to call everyone in my phone when this happened and now I just deal with it.

One Halloween, the hottest girls I knew invited me to a party where they were all going to be taking ecstasy, drinking orange juice, and walking through Hollywood dressed in — well, sexy Halloween costumes. I didn’t say no but I didn’t say yes. I wanted to do drugs and drink juice with them so badly but I didn’t and I woke up the next day anyway and it was completely fine. Everything can feel incredibly crucial at the time but I’ve found that if you go to sleep and wake up, you realize that it wasn’t actually a big deal. No matter what it feels like in my brain, these aren’t award show nights where I’m being nominated or national championships for professional sports teams that I’m on; these are hotel and house parties with unmarried 20 and 30-somethings. New Year’s Eve may be the kind of holiday where you can dress like Jon Hamm in Mad Men and get away with smoking a cigarette in the elevator but I do that at airports anyway so it surely won’t hurt me to just be a good person and go to sleep. After all, I have a whole year to decide if I want to drink with my friends at the next New Year’s Eve party. Anyone can throw on a nice outfit and drink champagne — all it costs is money. But not everyone can do what most sober people are doing, which is just that: staying sober. Sobriety is an easier feat when there’s nothing to do. Throw a holiday in the mix but just keep doing what you’re doing and you’ll come out the person a lot of people hope to become with their New Year’s resolutions: good and healthy.

Reprinted from thefix.com with kind permission of the editor. Carlos Herrera is a Los Angeles-based stand-up comedian and writer. A former entertainment assistant from the the age of 19, he has performed at The Hollywood Improv and The Comedy Store, amongst others.