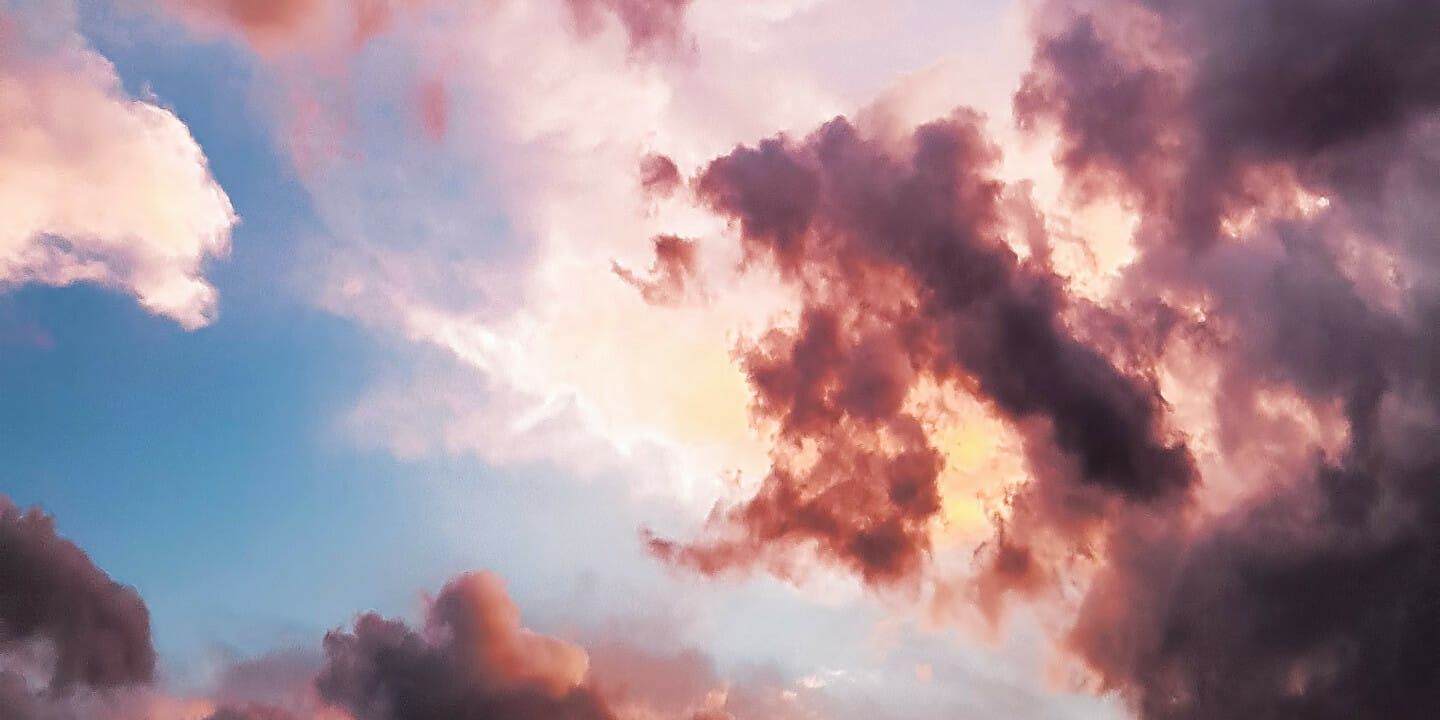 From the purest religious faith to new-age atheism, when it comes to the 12 Steps, the concept of a Higher Power has served it all. For some people, “faith” comes easy. But for many others finding a Higher Power can be a painstaking and difficult process, which can feel defeating at times.

The simple truth is that what we actually believe isn’t important. What matters is awakening that inner part of the “human spirit” that connects us to other people, to the world, and to a sense of purpose, meaning, hope, and strength to move forward on our sober journey. Exactly what we think we’re connecting to, or how we go about it, is not as important as how we use that connection, how we live our lives, and how we relate to things outside of ourselves. In other words, a Higher Power can help us realize that what we do matters — to ourselves, to the people we care about, and to the world.

Below is our list, in no particular order, of the top five Higher Powers used by people in 12 Step recovery. Our goal was to capture the basic essence of each Higher Power to illustrate how and why people find them effective, and to give people who may be struggling something to work with.

Music has long been said to be the language of love. But to many it’s much, much more. In a way, music resonates everything we are, we were, and hope to be — it’s the “spirit of life” in sound. Countless addicts (and people in general) have been “saved” by simply relating to the words in a song.

For many, music is the only thing that really gets through. Whether they’re playing it or simply listening, music has the unique power to speak to people even when they shut out the world. It’s not only a means of expression; rather, it’s their salvation. 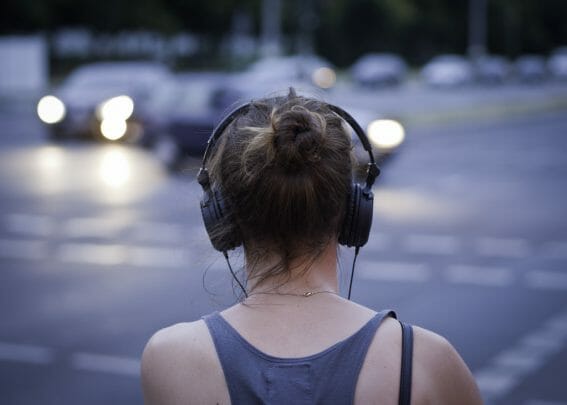 A soothing sound can cleanse people’s deepest emotions, or help them cope through a painful experience. A song can give people hope, or help them find meaning to something they don’t understand. Music can be a comforting voice, lyrics which see people through a difficult time by just being able to relate to the struggle. It can be a sort of melodic counsellor or therapist, helping people find insight and the strength to persevere.

In other words, music so often describes what we need but can’t put into words. By doing so, it has a peculiar way of evoking in us a greater comprehension of life. As a Higher Power, for many, music is the sound of spirituality — which not only enhances the human experience, but serves as a connection to the very rhythm of our existence.

In all of Nature’s beauty yet unforgiving wrath, what an awe-inspiring force it is. From watching the sun set to lying on a moonlit beach, connecting with Mother Nature can liberate the soul. For many people, Nature is God; it’s the Grand Architect; the all-powerful creator and provider of life.

Some people favour empirical study and discovery as a way of relating to Nature, while others will choose a more mystical path, preferring direct experience through action, art, meditation and other methods.

For Nature’s followers, the circle of life is an essential cornerstone of a beautiful, transformative process, which is not to be taken for granted. Just as a tree grows, or a flower blooms, to them, human life is meant to flourish — to evolve, thrive, and be explored and experienced to the fullest in all its forms. In other words, Nature is hope.

As a Higher Power, the transcendental mind of Mother Nature serves as the ultimate source of guidance and inspiration — and Nature’s will commands the betterment of the earth and all the life that lives here. Nature is love — and the very soil of our existence, which lays fertile ground for salvation, when awakened to its spirit.

The Cosmos: it captures both the imagination and the very nature of our existence. For many, the universe symbolizes not only all we are, but all that we could become. As a Higher Power, aligning oneself with the rhythm and fabric of the universe is the very essence of spirituality.

For many, energy equals action in which choices have consequences. Many people believe that simply doing “the next right thing” can set in motion a quantum chain of events in which the universe “rewards” positive choices. Some people look for messages, while others see it as a sort of karma. But they all believe they’re a source of energy on an infinite journey. Faith is not only a quest for understanding, it’s an insatiable drive “To Know.” Yet it’s not always about finding an answer — the mystery is salvation.

The universe is a force beyond our comprehension, which captivates and intrigues. For many, simply imagining the possibilities can free the mind from the shackles of obsession, and give strength from the unknown. As a Higher Power, our tiny existence amid an infinite space is the ultimate source of humility. Yet knowing that the entire space-time continuum has led to this very moment — and to you, as many believe! — can invigorate and inspire a personal sense of limitless potential.

People have a unique way of bringing out the best in each other, even when we appear to be at our worst. Humanity is an interconnected network of human life in all its forms — and for many, nurturing its “spirit” is the path toward salvation. Many people believe that life is a force which by its very nature commands it be nurtured and lived. From raising families, building societies, our sense of culture and community, to simply hanging out with friends, people thrive by interacting with one another and the world in which we live.

And many people find strength in focusing on the positive attributes of others. To them, human virtue is the essence of our existence, and connecting to others and the world is the ultimate source of spiritual support. Faith in humanity is compassion, and understanding that even when we’re alone, we’re in this together.

For many, through practicing kindness, generosity, humility, and honesty, humanity points them toward right action, which is not to say they never mess up. Faith in humanity is about knowing their limitations, while striving for growth. It’s about embracing their faults, but learning from their mistakes. For many, faith in humanity is about helping to ease others’ suffering without always having the answer — it’s just showing up for the call.

In other words, faith in humanity is about tapping into the best of which we are capable, because hidden behind every hardship, there’s hope.  And there’s power in our ability to relate to each other, as many believe, because there’s a little bit of each of us in us all.

Last but certainly not least, not everyone needs to define their Higher Power. For many, “knowing” is not an issue — the important thing is knowing they’re not alone. Their Higher Power is an unseen and indescribable force that is the very sustenance of life. It’s the soul of spirituality, which connects everyone and everything, and that’s all they need to know.

Whether it’s Nature, humanity, music, the universe, or a little of each, or something else entirely, to many, belief in a Higher Power is about getting out of themselves and knowing that it’s okay to need help. It’s just a matter of letting go of that control, especially when they start to fall. Faith gives them personal resolve to get back up on their feet. They may not know exactly what their Higher Power is, but it’s clearly defined in their lives. Through their actions and words, and the way they interact with the world, their lives are a testament to its Truth.

In other words, by defying explanation, their Higher Power has a strange way of giving meaning to all their questions, yet the answer is not what they seek. It’s faith in knowing that when they’re lost, their Higher Power is the direction which points them toward salvation.

Doug Rudolph has been on the national council of Young People in Recovery (YPR) and is an advocate for change and progress in the industry of addiction treatment.  Doug has been in recovery for over 10 years, and has since ascended from jail and a G.E.D. education to law school.